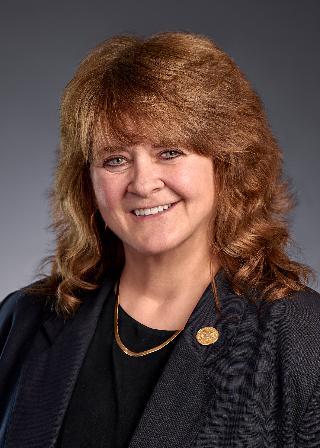 LISBON – Congressman Bill Johnson (R-Marietta) speaks to high school students on a variety of topics at the DC Farming Career Exhibition Thursday at the DC Fairgrounds. More than 400 students are expected.

During the fair, elementary and middle school students from all DC schools are given the opportunity to explore the various agricultural industries in and around DC, as well as take advantage of professional development opportunities such as resume writing, interview preparation. and the meeting with Johnson.

Johnson teaches students the importance of agriculture in Ohio and the role they can play as future leaders in government. Johnson tells the students that he, like most, was born on a farm and that every day is a day of survival. He also told the students that his family grew everything they ate.

He told the students that agriculture is more than cultivation. Animal husbandry is an important part of it, but there is much more to it, such as production, distribution, research and development, innovation and the search for new ways to exploit livestock and beyond livestock. All these areas are linked to the agricultural industry, of which large industry is part.

"It is important to understand the value of the American agricultural industry because America feeds not only our country, but the whole world by a large margin," Johnson said. "We research and innovate to teach other countries how to take care of themselves, how to grow their own food and how to raise their livestock."

Johnson told the students that interacting with them was one of the most rewarding parts of his job because he knew they would be the future leaders of the country.

"Sooner or later, actually, sooner than you think, you will get leadership, the question is what kind of leader will you be ," he said.

He tells students that the country is built out of time and that each generation will have to take responsibility.

“One day I will leave my office in Washington DC and never return, and when I do, some of you will need to throw your hats in the ring and become the next generation of leaders. write the next big chapter in our country's history, " Johnson said. " The question is what your head will be.

Today's breaking news and more in your inbox