"Our opening film is 'Armageddon Time', the new film from James Gray with Anthony Hopkins, Anne Hathaway and Jeremy Strong from 'Sexation', so it will be a great opportunity to open the festival," he said. CEO of Denver Films.

The festival begins with the opening night of the Eli Caulkins Opera House before Armageddon Time. Other red carpet events include Sam Mendes' Empire of Light; The Screamer's Greatest Night follows the career of Reverend Al Sharpton. and final presentation.

“Our graduation film is Sarah Polley's new film about women, and it's an all-star cast. It's one of the best films I've seen all year, so I think it's going to be a great way to end the festival,” Smith said. CBS News Colorado's Karen Lee. 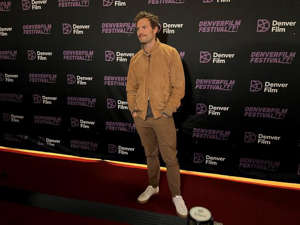 The festival will feature 15 special events, including She Said, which explores the extent of sexual assault in Hollywood and the journalism that supports the #MeToo movement. "Investigation," a semi-biographical story about a young black gay man who joins the Navy; and Goodnight Opie, about a rover that was sent on a 90-day mission to Mars and survived for 15 years.

The Whale is a film directed by Samuel Hunter. It was a play that started here in Denver. It's an amazing movie that I think people will enjoy,” Smith said. 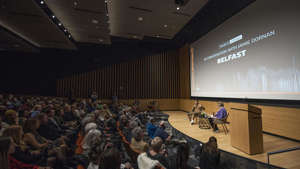 "Two of the highlights, one of which is Holly, which is based on a book by Julian Rubinstein and tells the story of activist Terran Roberts," Smith said.

More than 225 films from 58 countries are shown at the Denver Film Festival. Film sections include CinemaQ, which reflects the LGBTQ+ community; the Colorado Dragon Boat Festival, which features Asian and Asian-American films; J'Adore, a selection of films in French; Language that emphasizes the African American community; And an Italian show, a selection of Italian films.

"Diversity and inclusion are definitely fundamental aspects of the Denver Film Festival, and it's been 45 years since we've been here," Smith said. “I think representation is more important now than ever. When you're talking big studio movies, it's time to watch them. I think independent filmmaking has done a better job. Of course, there is much more to be done, but it is especially important to give young people the opportunity to see themselves on screen, and this is our celebration. That's the important part."