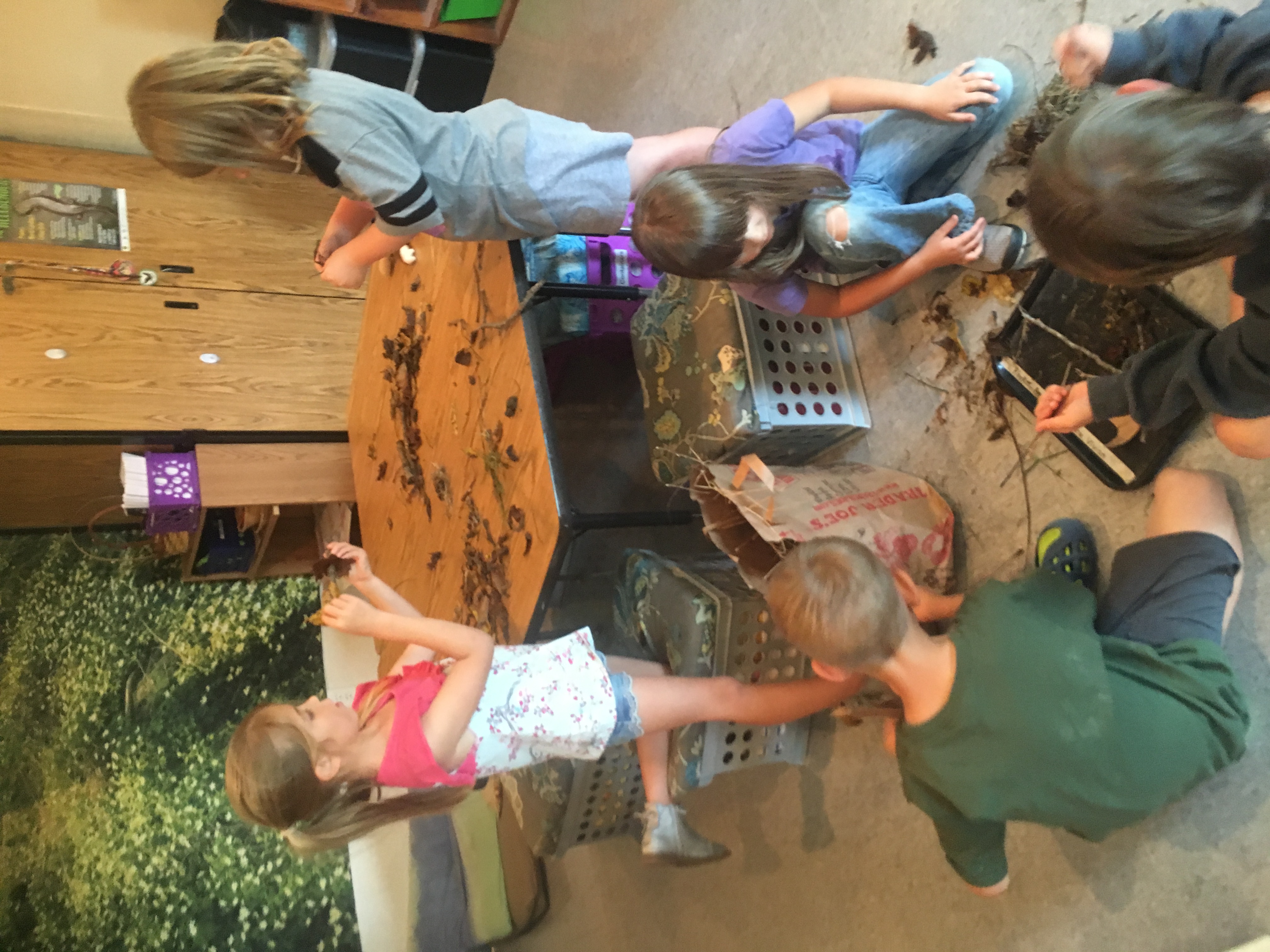 BEARWALLOW MOUNTAIN – FernLeaf Charter School, supported by Conserving Carolina, hosts an annual educational trip to the summit of Bearwallow Mountain October 11-12, where more than 500 students walk the one-mile trail and learn valuable lessons about nature along the mountain. road.

Kindergarten through 9th grade moves into two groups, one on October 11 and the other on October 12. They are welcomed in peak fall colors at an elevation of about 2,000 feet.

A group of students were in the middle of the road when a little girl stopped and pointed at the ground.

Kim Gundler with his girlfriend with Carolina Governor and smiling.

Gundler said he's been following in her footsteps for the past four years, but said this was his first time with FernLeaf's children.

"I'm glad to see these guys here," he said. "They are all good walkers." "Everyone took their backpacks and went upstairs. They enjoyed their surroundings and stopped to look at things. I thought it was a great experience to have kids here. I hope every kid will have a chance. To come out."

Gundler has been part of the small group, led by FernLeaf Kindergarten teacher Whitney Mippany, since the school opened seven years ago. He said he had been in the past six events.

While walking, Mibani stopped along the way, talking about different aspects of nature. Before he reached the top, he had his students grab a large rock with moss on its side. He explained that it was a type of coarse algae that grew on the rocks.

Gundler also spoke of the moss and how the leaves were rolled on the ground, and at once a boy raised his hand and spoke.

“I just realized that some leaves fall off when we talk about leaves.

"they were?" He laughed. "Okay, we're working together today. I pressed the paper button."

"You're in touch with them," Mibani said with a smile.

A few minutes later, after about 30 minutes on the road, the group approached the last set of stairs and one of the children said, "I know we're close to the top now and you know why?"

"I smell like cow dung," said the boy while the other children laughed.

Upstairs, children walk past the cows grazing in the meadows and enjoy a mountain view during lunch.

“They learned a lot today,” said Mibani. "They not only learn about nature, but also about being in nature and preparing for it. We've seen trees and moss and how you can learn from them. They also learn climbing techniques and work together."

Conservation Carolina also supports trips to Bearwallow each spring by Edneyville Elementary School, according to a press release. The Bearwallow Mountain Trail is open to the public as part of a growing network of connected hiking trails in Upper Hickory Nut Creek. Conserving Carolina has partnered with private landowners to permanently protect 476 acres in Bearwallow Mountain.

Conserving Carolina is a local nonprofit organization operating primarily in Henderson, Polk, Transylvania, and Rutherford counties, as well as the Landrum, SC area. According to its website, Conservation Carolina's mission is to protect, restore, and inspire respect for nature. To become a member or volunteer, visit the following website: