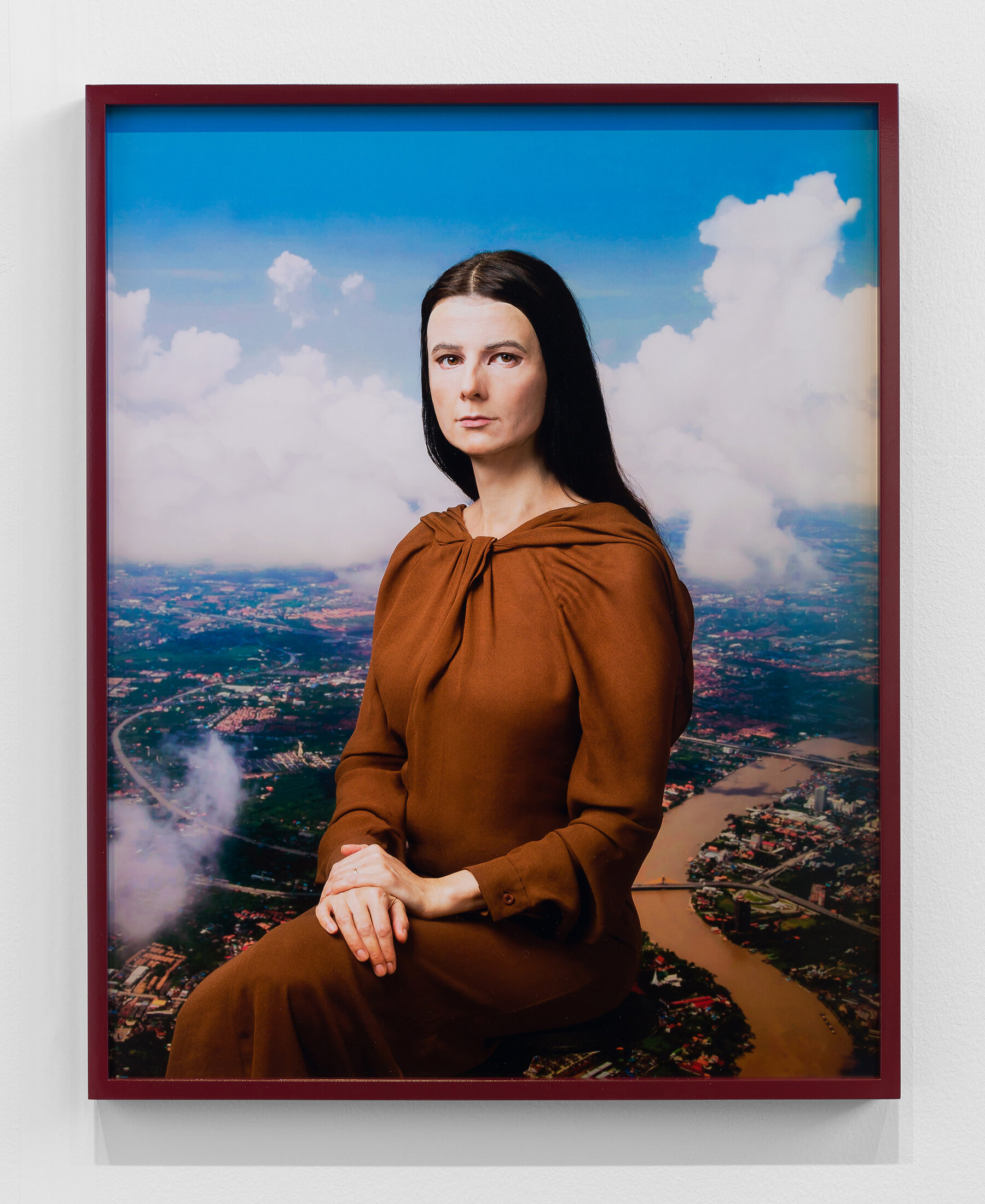 The good news is that there is a lot of great art in Houston right now. Bad news doesn't last forever. Most inspirational artwork created by Texas residents or visiting artists has an expiration date. All the more reason to go outside and be inspired – and the weather is good.

Here are five current exhibitions and shows that should be at the top of your must-attend list. Some are free, others require a plane ticket, and all have long reviews.

"Troy Montes Michi: I Rock" at the Museum of Contemporary Art Houston. 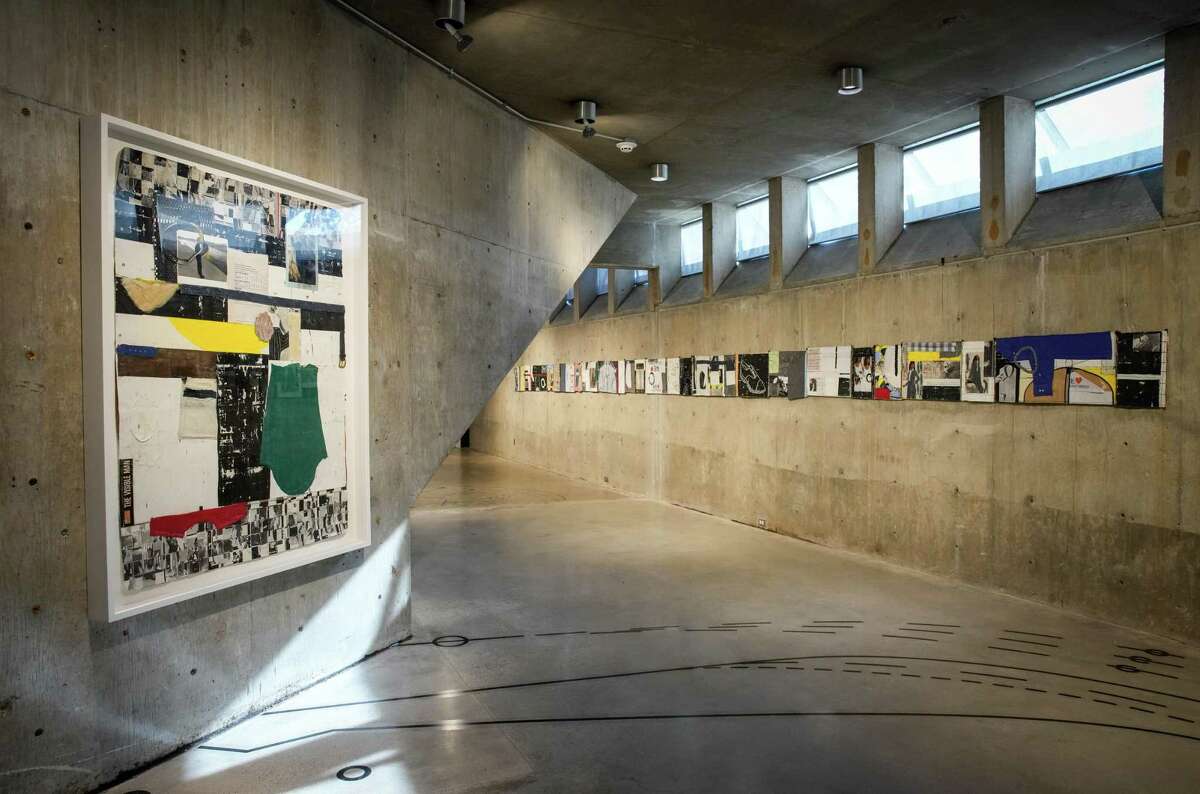 Troy Montes is an artist from Michigan and something of an El Paso clothes horse. He especially likes clothes made of jute. I Rock, the first solo exhibition at the Museum of Contemporary Art Houston, is a tribute to sculpture, collage, drawing and painting.

The idea of ​​how clothing can mark the body is at the heart of Montes Michie's work, which began in collaboration with the Rivers Institute for Contemporary Art and Thought at the California African American Museum before coming to CAMH. Her interest in fashion is related to how society views certain groups of people through the clothes they wear. And for queers or people of color, a jumpsuit can be the difference between invisibility and high visibility.

The line in Rock of I serves two functions. Bend over to create architecture, structures and art objects. On display, on columns and at the feet of visitors, these beautiful embroidery patterns show boundaries and limits—those that must be crossed to get the full picture.

"Urban Ideas: Life in the Modern Global Metropolis" at Rice University's Moody Center for the Arts 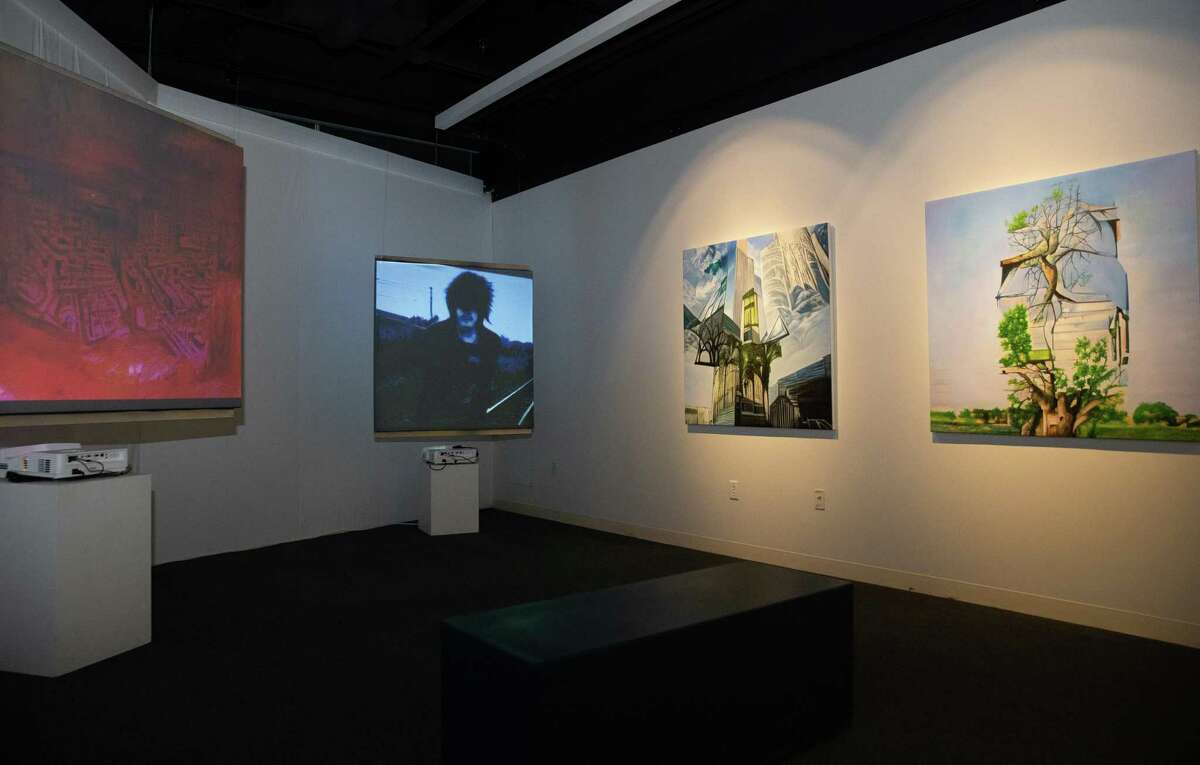 What does it mean to live in the city today? That's the question Froke W. Josenhans, curator at Rice University's Moody Center for the Arts, asked 15 artists to answer in a mid-December exhibition titled "Viewing the City: Experiences of the Contemporary Global Metropolis."

Here, young media artist Mary Flanagan looks to the past and the present to imagine what the next 50, 100 or 200 years might look like. Metaphysical Recoveries: The Metropolis Project (2022) is a time-based media installation with two video projectors, two screens and oil on canvas depicting a future created by artificial intelligence.

"Maybe AI is a good idea," Flanagan said. "I wanted to imagine the city of the future and I wanted to use artificial intelligence to imagine a sustainable future."

He has taken over 100,000 photos using the Google Machine. When the student responds to the press, they light up in sequence; At one point, the SpongeBob SquarePants series appears next to an overgrown Shanghai. "I'm skeptical of utopia, but I'm not anti-utopian," Flanagan said.

"Samuel Fosso: Spirits of Africa" ​​in the Menil Collection 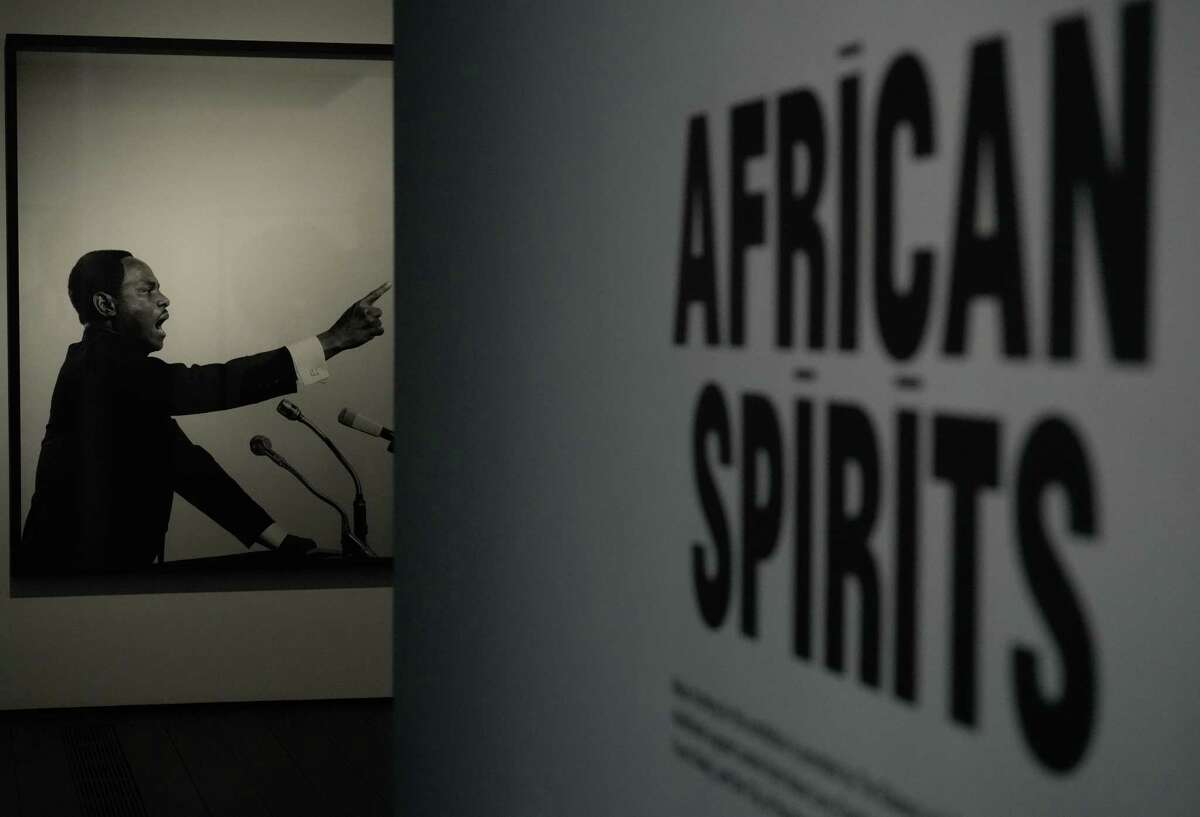 Cameroonian-born photographer Samuel Fossor's exhibition in Menil elevates the self-portrait to art. In "Ghosts of Africa", the artist imagines himself as an outstanding leader of the black liberation movement of the 20th century.

Beginning January 15, 2023, a series of 14 gelatin silver prints will be on display at the museum in conjunction with FotoFest 2022. Fosso's self-portrait is not just about people, which is important. These are temporary tags that have expired.

"These [objects] are life-changing when they become the things we now know by name," said Paul R. Davis, curator of collections at the Menil.

Angels Are Listening: A Cathartic Interactive Performance at the 2022 Venice Biennale (pictured above)

At the beginning of this year, the participation of women was much lower than that of men. The theme of the 59th International Art Biennale is "Dream Milk" based on the book of the same name by writer and realist artist Leonara Carrington with illustrations by Cecilia Alemani. In April, the Golden Lion was awarded to two women: Sonya Boyce from Great Britain for "Best National Entry" and Simone Lee from the USA for "Best Exhibitor at an International Exhibition".

Rachel Lee Haunanio's performance installation Angels Are Listening is both meditative and immersive. Inside, guests walk with seven large angels with covered faces. Their apparent silence encourages the viewer to think their deepest thoughts without fear of judgment. The visitors were then instructed to go to either side of the central belief, hold up a tape and write down whatever they wanted or didn't say. Anonymous messages are dropped into a box and taped to a blanket displayed on the lawn to the side. The last step is to sound the alarm and go back to the garden, thinking that thousands of unspoken thoughts will cover dozens of "blanket listeners".

"People … should be able to say whatever they want," Havanian explains. "Art should be a feeling, good and bad."

"Plumshuga: The Rise of Lauren Anderson" on stage 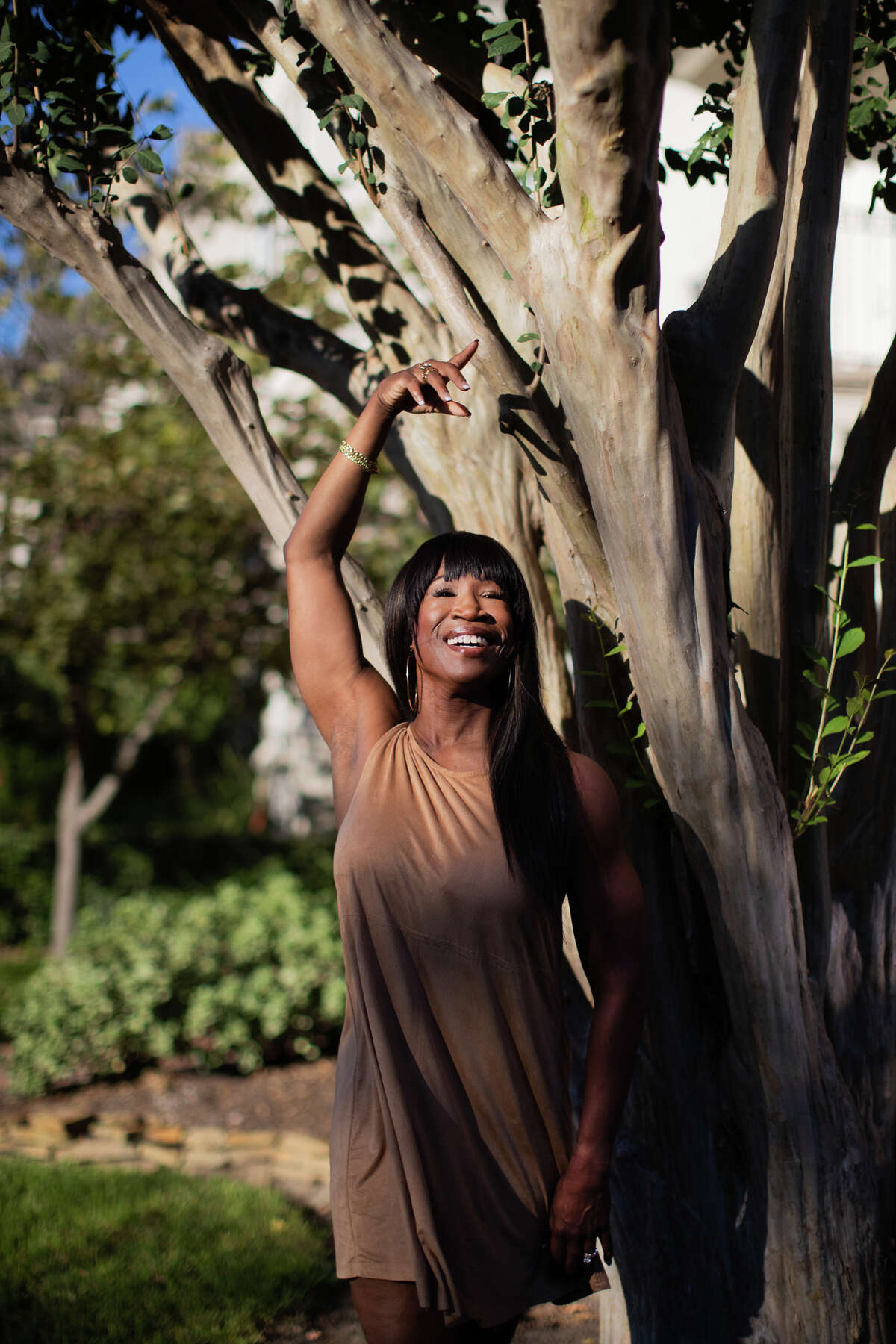 Written by Deborah Deep Mouton and adapted by Mouton and Eboni Belle Darcy, the new stage production Plumshuga: The Rise of Lorraine Anderson tells the important story of the Houston art scene and the world at large. It started on October 7 and will continue until November 13

"The Feather" beautifully chronicles Anderson's life through speech, music and theater, spanning his childhood in the Third Ward before becoming a principal dancer with the Houston Ballet. Produced by Houston Ballet's Stanton Welch and Urban Souls Dance Company's Harrison Guy.

The product, which Mouton calls "choreopema," isn't loaded with sugar. Instead, it explores Anderson's troubled relationships, drug addiction, and self-doubt. For those who wonder how perfect a ballerina should be, it's a sad story.

Anderson's story is about the humanity in all of us.

“I'm very grateful for the help I received and I'm getting to know myself more. I know my story will help someone," Anderson said.

25 thoughts on “Go See Some Art This Weekend. Here Are 5 Exhibits And Performances Worth Seeing While You Still Can”