Recently, the world is witnessing great progress in the development of thermonuclear energy. The announcement by American scientists that they have achieved the first successful thermonuclear fusion reaction with a net increase in energy puts America at the forefront of the race for the energy revolution, setting the stage for the development and possible commercial application of this technology in our lives. .

Our scientific community and everyone who contributed to this historic achievement in American research and development deserves a well-deserved victory. After the fun is over, our next challenge must be to determine how we can ensure continued success in this part of America.

Fusion Power is a revolutionary opportunity to provide our country with green energy. It will be the cleanest form of energy ever, with lower life-cycle emissions than any other energy and none of the environmental and social downsides of nuclear fission.

Fusion also significantly reduces energy costs. According to some estimates, including research published in the UK, fusion reactors with inertial shielding, such as the reactor used to create the latest breakthrough at Lawrence Livermore National Laboratory in California, could provide four times as much energy to the population. Many times cheaper than conventional fission-based nuclear power and half the price of onshore wind power. Magnetic storage reactors developed by US companies such as Helion have the potential to bring costs down even further when they reach the same level as reactors that are smaller and cheaper to build.

Until this technology becomes widespread and fully implemented, nothing can be said for certain, but some scientists estimate the current cost of fused electricity to be between 6 and 11 cents per kilowatt-hour (US 0.06-0.11 kWh). This means that the average electricity bill in the United States would drop from $122 to $53.52 per month with no reduction in consumption, resulting in a savings of over $820 per year for the average American household!

In places like my home state of California, the savings could be even greater, especially if the state continues to ban gasoline-powered vehicles until 2035. In addition, nuclear power will greatly increase the resiliency of our electric grid, helping to eliminate the threat of blackouts and outages on days when the weather is particularly hot and the state's electricity consumption exceeds what we currently generate.

In general, the benefits of fusion power seem too good to be true.

Unfortunately, this could happen if Congress does not continue to catalyze this important research and development and create regulations that allow fusion power to become part of our energy portfolio.

When America's nuclear regulatory framework bill was introduced in 1954, commercial fusion energy was simply not on the horizon. As a result, the Atomic Energy Act, which is the basis for the current regulation of all nuclear power in America, does not even mention fusion power.

In fission energy—the kind we think of as "ordinary nuclear"—the nucleus of an atom splits into two or more smaller nuclei. This process releases a large amount of energy (although much less than the amount of energy released by fusion). Instead, in fusion energy production, two or more atomic nuclei combine to form a heavier element. This reaction is the source of the light and heat emitted by the sun. In a sense, fission and fusion are atomic opposites. 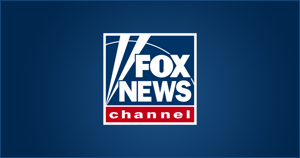 There are other important and practical differences between fusion and fission energy production. Fusion reactions do not use any special nuclear fuel other than the exotic materials needed for fission (plutonium, uranium-233, or uranium enriched with isotope-233 or isotope-235). Also, unlike fission, a self-sustaining chain reaction is not possible in fusion. Therefore, the risks and radiological risks associated with fusion power are relatively lower than the large light water nuclear reactors operating today.

America needs a legal and regulatory framework that reflects the important differences between mergers and acquisitions and allows these technologies to be properly adopted and managed. We also need a national energy framework that can support this new technology through research and development and help integrate fusion energy into a comprehensive energy portfolio.

Congress plays an important role in this transition. The Nuclear Regulatory Commission is preparing a report on its plan to regulate fusion in the near future, but the outdated framework of the Atomic Energy Act limits their ability to make the structural changes needed to support fusion power. In the long term, congressional failure to act to address this problem exposes fusion developers to litigation and regulatory uncertainty in what may be the most promising energy development in history.

America may be the world leader in developing the cleanest energy ever discovered. We can reduce energy costs for the average US household by more than $820 per year.

We can strengthen our electricity grid and produce more energy than ever before. But we'll only get it if Congress acts to provide a regulatory framework that makes room for American researchers and developers to leverage their power.