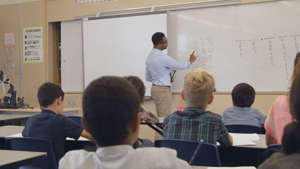 Arizona's family schools may be forced to cut more than $80 million in funding from their $100,000 budget on April 1 of this year.

PHOENIX (3TV/CBS 5) – For the second year in a row, Arizona public schools could face more than $1 billion in cuts to school funding. This is due to the state cap on education costs. But there was hope in the state's schools earlier this week after legislation was proposed to increase the 2023 cap. "I think this is one of the easiest decisions lawmakers can make," he said. Rep. Matt Gress (R-LD 04). ). . .

Gress, who introduced the legislation Monday, said all politicians could go along with his new proposal to eliminate the state's AEL in 2023. After all, the money has already gone to our schools in Arizona. "My legislation simply allows school districts to spend the dollars that the Legislature appropriated for them last year," he said.

The AEL has been in place since 1980 and is adjusted annually based on attendance and inflation from the previous school year. Chris Cotterman of the Arizona School Boards Association said it wasn't a big deal until last year, after lawmakers passed a big budget increase and reinstated the state sales tax. "Those two things encourage us," Cotterman said. “So if we don't do something, we'll have to deal with this for a while. And we don't want to do it every year.

TRENDING: Bed, Bath & Beyond to close 5 Arizona stores in latest round of layoffs

Depending on the size of the school district, schools could be forced to cut their budget funding by hundreds of thousands on April 1 of this year, to more than $80 million. Cotterman says that could mean layoffs, layoffs and even school closings. "It's not good for morale, it's not good for teacher retention," he said. "We need that."

During Gov. Kathy Hobbs' State of the State address earlier this week, she stressed the need to remove the spending cap. This gives Gress the confidence that his bill will soon come to fruition. "It is our duty," he said. "And I'm going to work very hard to keep us on top and keep our schools open for the rest of the school year."

Legislators need two-thirds to pass a law. A similar withdrawal was adopted last year, at the end of February.

I gave my credit card to teenagers ft/Jordan Matter