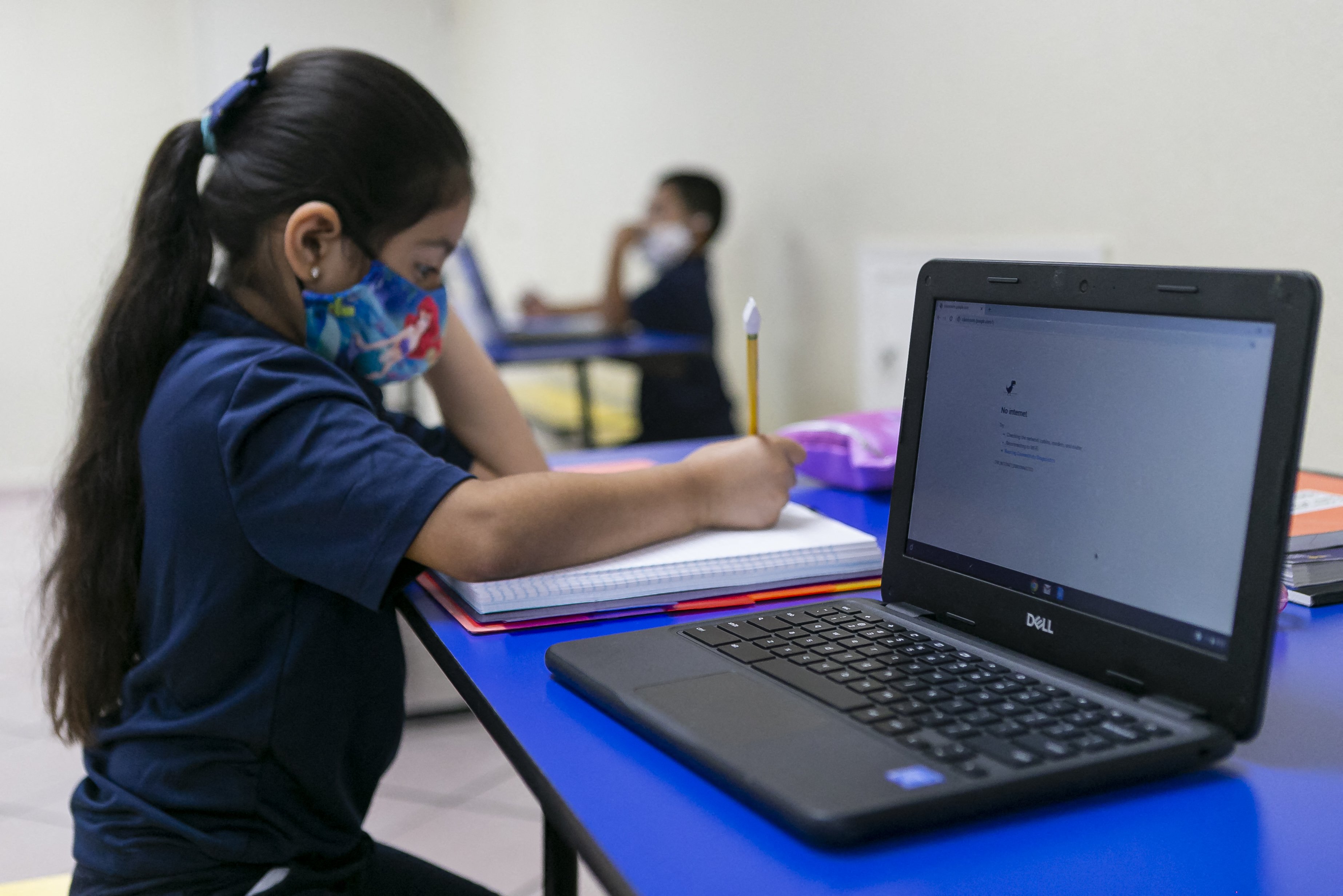 State and local education officials said on Tuesday that schools face two challenges in trying to get students back into school and society, and that staffing challenges make those challenges even more difficult.

Nearly three years after COVID-19 first disrupted the Massachusetts education system, lawmakers are meeting at the State House Education Committee for an update on efforts to mitigate the pandemic's impact on students.

Billerica director Tim Pure told the group that the schools and their students are "much better" this year. He said that things that "bring joy and life" such as group work, lunch with friends, extra-curricular activities such as sports, plays and concerts are becoming popular again, but other effects of the pandemic persist.

“At first glance, if you walk through our streets, it seems that we have returned to normal,” he said, “if you dig deeper, we need to continue to work on many things.”

Students have lost time to study during the pandemic, Piover said, and its impact is being felt particularly in core areas such as basic literacy. He said students also lack peer interaction, which helps develop social and emotional skills.

At Revere, Superintendent Diane Kelly said students and teachers have had to adjust to returning to a private school routine after a long period of distance learning.

"I think the biggest mistake we made last year when we went back to school at the start of the 21-22 school year was that we had so much hope of regaining a sense of normalcy that we didn't." Imagine the degree of release we would experience,” he said, “And not only among students, of course, but also among adults, but these issues have escalated since the teachers and staff were not prepared for everything they had to do during pandemics, they were less forgiving of students who were beside themselves, and these things got into very interesting situations.

Kelly said her county, like many others, has been able to use federal aid money to increase the number of social workers, school psychologists and behavioral analysts on staff. He says he is worried about what will happen if that money is no longer available.

“If we lose all these jobs in just two years, we are really in a crisis because I don’t think all students and all staff will emotionally recover from what they had. Surviving a pandemic is a loss.” “Whether it’s lost parents, lost siblings, lost kids, lost jobs, or lost homes,” Kelly said, “we have so many different losses that so many people have gone through that we all have to deal with.”

Last summer, according to Piover, was "the most difficult recruiting season for my classmates and colleagues," when there were many opportunities for training and professional work, but few candidates. She said additional funding for school staff is part of the solution, but work needs to be done to increase the number of people willing to work in education, especially in support positions.

“But, unfortunately, public discussions about education right now discourage people from working in this field,” Bover said. “While most Commonwealth families are happy with their schools, there is a small but tangible minority in every community who believe that the word 'civil' no longer applies to the phrase 'civic discourse', whether in public meetings or attacked on social networks. networks. . .

He asked lawmakers to find a way to work with the provinces to "rethink how schools, education and jobs work."

Peyser said that of the $2.6 billion in ESSER funding that goes directly to school districts, about $965 million, or 37%, has already been claimed.

In addition to addressing supply chain and workforce challenges, some provinces are trying to budget conservatively amid greater economic uncertainty, he said.

“At the same time, I am concerned that some districts sometimes view these funds primarily as a way to fill gaps in their overall operating budget, rather than as a significant increase in instructional time and additional support for students who need it… from the school. Besser said, "I know this is easier said than done, but while learning to recover is a years-long effort, we all need to feel the urgency to do the right thing and start now."

Washington to Washington – education in the era of pandemics