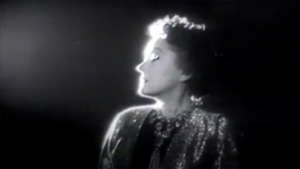 A new study from AFI shows that women made up a higher percentage of writers, directors and producers during Hollywood's silent era.

The survey comes at a time when recent data shows fewer directors and filmmakers are behind Hollywood's biggest titles.

AFI's "Women Speak" documentary documents the anonymous contributions of female filmmakers of the silent era and reveals the true story of women as pioneers of American cinema.

"Used by scholars and film enthusiasts around the world as a document of American film history, the AFI Catalog shows how film history is told and highlights women who have played key roles in the industry," said Susan Raskin , principal of the AFI Conservatory. and executive vice president of the American Motion Picture Institute. We hope these new findings from the Women They Talk About project will inspire the next generation of filmmakers to continue their pioneering work in film. ".

The research includes a recently launched microsite on AFI.com that provides learning resources for grades 9-12 that are accessible to all, a comprehensive index of more than 800 leading women in film, and complements the work of the Leading Women in Film project. Columbia University and AFI. I am looking

During the three years of the silent era, more than 6,000 feature films were released, many written, directed and produced by women who were previously virtually unrecorded in books and online databases. AFI obtained information on hundreds of women who have not yet been included in the historical canon and added their credit to the AFI catalog, ensuring that they will be part of cinematic history.

The AFI later found that women made up a higher percentage of writers, directors and producers in the silent era than at any time in the first century of American cinema. The study finds that between 1910 and 1930, 10.9% of films were attributed to screenwriters, directors and producers. In the same period, more than 27.5% of women were registered as authors or co-authors; 19.6% of feature films are based on original material written by women; Films directed by women during this period were 31% more likely to have screenwriters.

AFI's next study will be Behind the Scenes, named after a short film by groundbreaking director Louis Weber. Supported by a grant from the National Endowment for the Humanities, the initiative will document 6,000 short films from the early silent and sound eras to reveal the pioneering contributions of BIPOC women and storytellers.

I was on Vice's Crazy Feminism committee